It seems like ever since America got a glimpse of Kitt, the car from Knight Rider, we’ve all been collectively asking when we’ll be able to buy our own super smart car. Well, the time may soon be upon us! Or not… In fact, the time frame can range from the next couple of years to never, depending on who you ask.

The folks over at Google had had some highly public success with driverless technology in the form of their Streetview car. In fact, their lobbying was probably a big reason states like California and Nevada now have laws on the books that make autonomous cars legal to drive on public roads. Their progress has some of the higher-ups optimistic about the future of the technology. 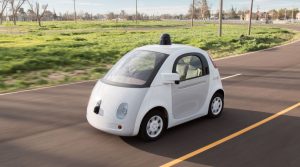 Google co-founder Sergey Brin is one of those people, and he’s said that autonomous car tech could be ready for public use as early as 2017.

That estimate has a couple of car manufacturers speaking up. Many of them, like GM and Nissan, have also invested a lot of their time and money in to autonomous car research, and they have a much different outlook than Google.

Some of the people involved with the project at GM have offered up some much more conservative estimates, saying it will probably be at least another 30 years until we see the adoption of any sort of driverless cars for consumers.

The difference of opinions could stem from the industries both represent. It’s true that companies like Google are already very close to having viable software capable of implementing driverless cars. However, GM is looking at things beyond just the technology, like getting the infrastructure set that would allow the legal usage of autonomous cars in every state. On top of that, this sort of technology would require us to take a long look at how it will affect insurance and car manufacturer liability.

There may soon come a day when you car can just drive itself to the shop for repairs, but until that days comes, you can always bring your car or truck in to Japanese Specialties in Mission Viejo for just about any kind of repair and service that you could need!