Like cars? Looking for some trivia? Here are some very interesting facts about car technology, history, and even the effect they’ve had on our modern language!

The car you steer with your mind. German researchers are currently working on the BrainDriver project, which involves a car that drivers can steer with their minds using a special headset. They have had great success in tightly controlled environments, but it will be years before the concept is ready for a “real world” run. 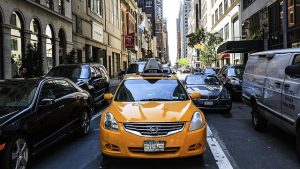 Remote car keys. If you have a remote car key, but you think your car is too far away for it to work, try putting it up to your head! The human skull acts as an amplifier, doubling the range of the key. (No word on if or how this affects the brain, so be cautious.)

The most expensive car ever bought. Many cars have sold for millions of dollars over the years, but five time world champion racer Juan Manuel Fangio blew everyone away when he purchased an ultra-rare 1954 Mercedes-Benz W196R “Silver Arrow” for $29.6 million. There are only ten of these cars left in the world; Mercedez-Benz owns six; three can be seen in museum exhibits; and Fangio is the only private owner.

The highest speeding ticket ever. If you think speeding tickets are expensive in the US, consider the Swedish man who was caught going 180mph, and given a $1,000,000 ticket! Sweden determines its traffic fines on a scale that increases with the driver’s income. Apparently, this guy was doing pretty well, at least financially!

The taxi cab. This name is a combination of two words: Taximeter, which was a machine that kept track of distance and fare; and cabriolet, which was a horse-drawn carriage with the rider standing behind the cab.

“It’s a doozy!” This phrase comes from Dusenberg, Germany. In the 1920’s, its cars were considered the most luxurious in the world, so they were kind of a big deal.

We hope you enjoyed these interesting car facts. If you need auto service, don’t hesitate to give us a call!